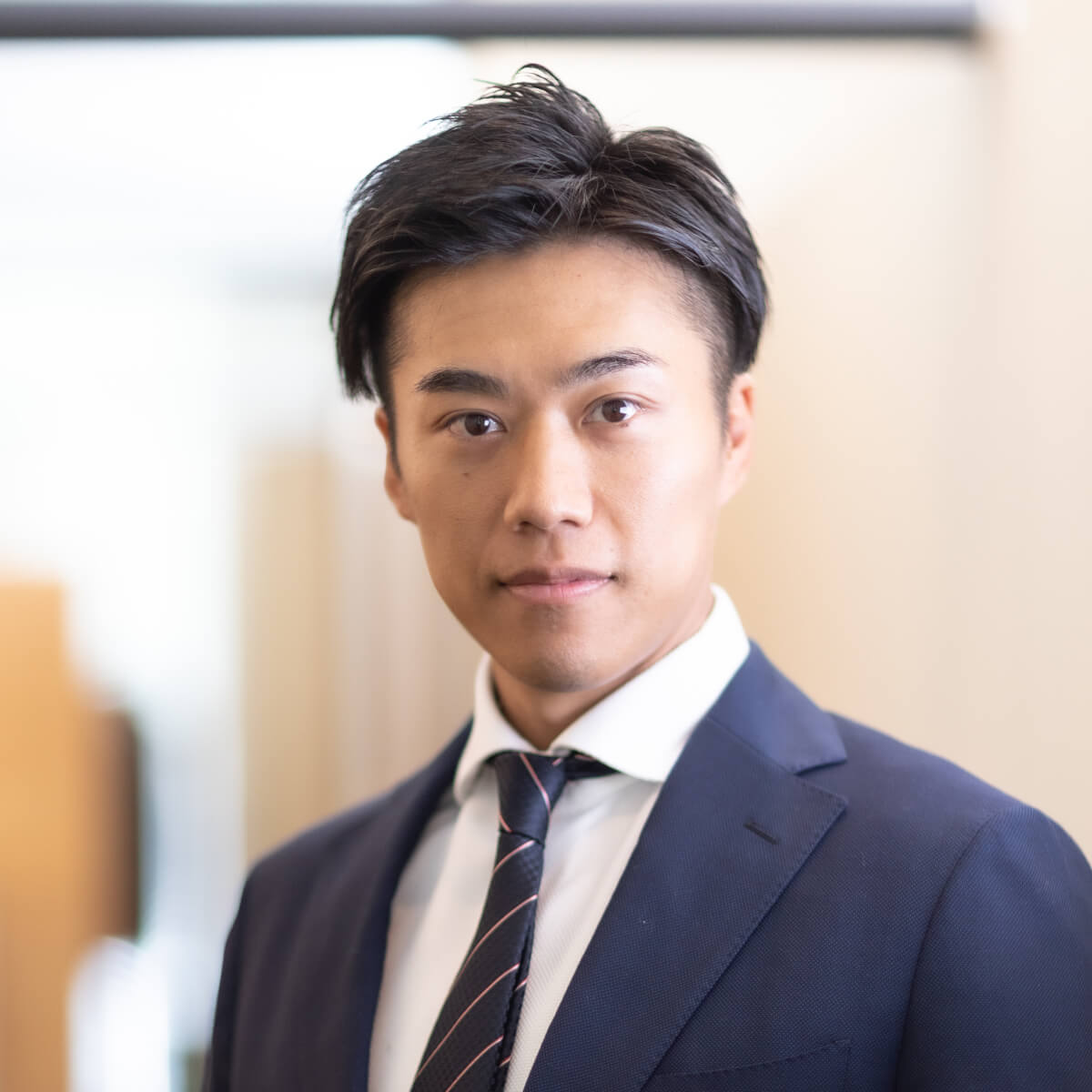 Kota Fujinuma has handled a wide range of cases including intellectual property litigations such as patents, trademarks, unfair competition, design rights and copyrights, as well as provisional injunction enforcements based on patent infringements.

He has also served as an external auditor of a start-up company and as a council member and auditor of general incorporated associations, and has extensive experience in cases involving corporate and labor issues unique to start-ups, as well as cases relating to the resolution of social issues such as SDGs.

As a member of the rugby club in high school and college, Mr. Fujinuma is still very active and enjoys a more hands-on approach to his work where products are involved and meeting clients face to face.

Mr. Fujinuma’s hobbies include watching sports and training, and he has recently developed an interest in bodybuilding.